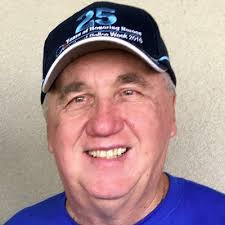 I met Frank Schmuck after 9-11-2001 as we worked together on the first ever Patriot Parade in  Arizona to support America's Police, Firefighters and Patriots. The parade had more than 7,342  motorcycles and over 12,000 people participate. Mr. Schmuck put together and led a contingency of airline crew members (pilots and flight attendants) in memory of those who lost their lives on that horrific day. Frank has been a staunch supporter of our law enforcement and fire fighters. As a military veteran he knows the word sacrifice and isn't afraid to make one. I'm asking Law Enforcement, Fire, Veterans and their families to vote for Frank Schmuck for AZ Senate in Legislative District 18. He knows about safety and cares about our first responders and their families. I SUPPORT FRANK SCHMUCK!