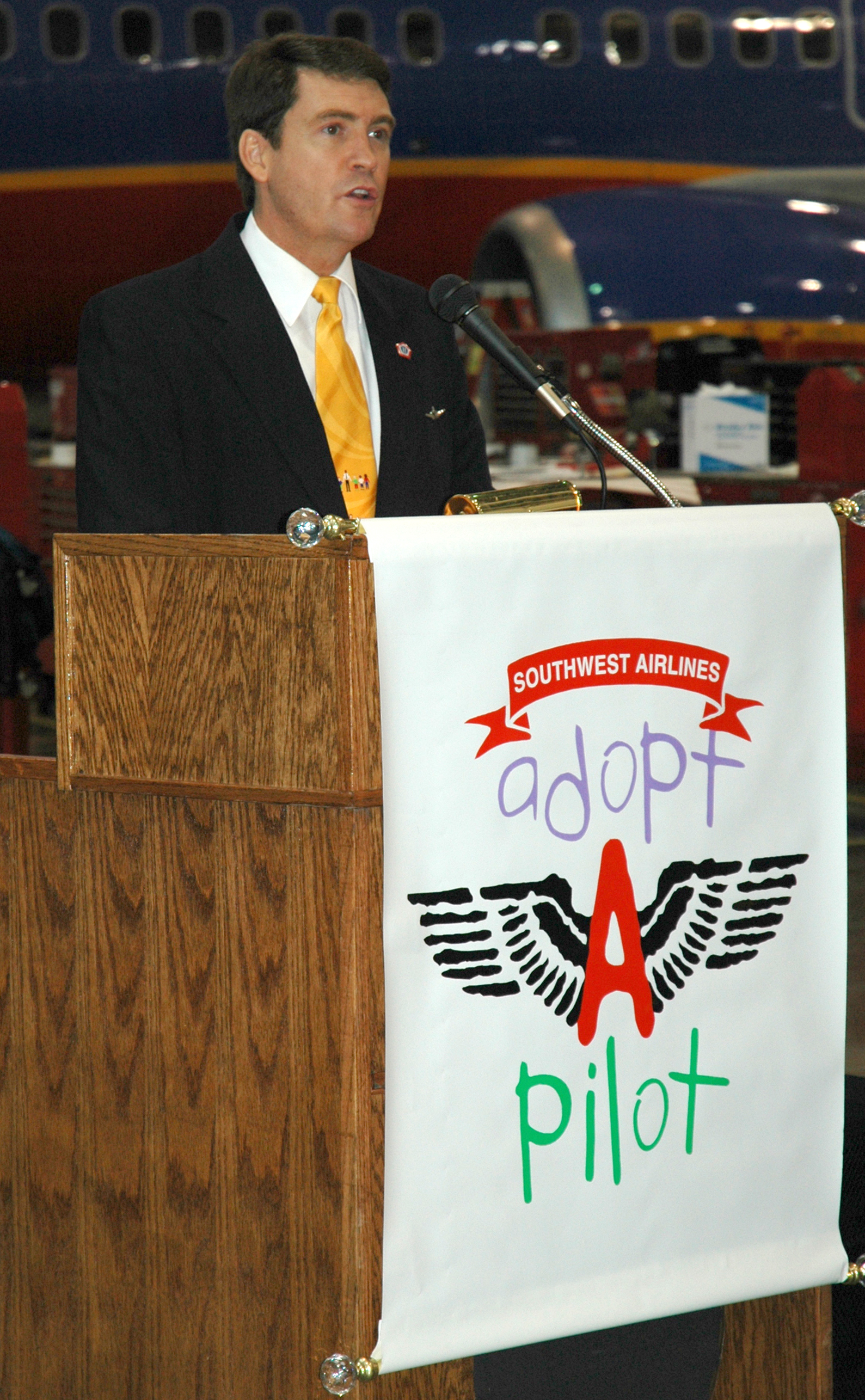 Over the course of his lifetime Captain Frank Schmuck has been involved in helping people all over the world and right here in Arizona.  "As a professional pilot, it hasn’t always been about the flying, but instead, who are we going to help today?" said Frank.

When our school teachers were  struggling with larger class sizes, Frank Schmuck decoded the nationally recognized Adopt-A-Pilot course to the Arizona Strands of Education for teachers and administrators to more easily understand what the program offered students and teachers.  He then brought the Southwest Airlines Adopt-A-Pilot program and several volunteer pilots to the Tempe Elementary and Kyrene School Districts classrooms in effect reducing teachers' workload.

“As an Arizona teacher for 38 years and a Past Tempe Union High School Board President and Member I endorse Frank Schmuck for Arizona State Senate in Legislative District 18. Frank Schmuck and I have worked together in the community on several service related projects for the betterment of our youth and the next generation. Whether it was through Kiwanis, Adopt-A-Pilot, Tempe Dollars for Scholars, or Arizona’s Special Olympics, Frank’s actions have always spoken louder than his words. His commitment to education is what Legislative District needs in the Arizona Senate. Vote for Frank Schmuck for Arizona Senate on or before November 6, 2018 so together we can continue to improve education in Arizona.” 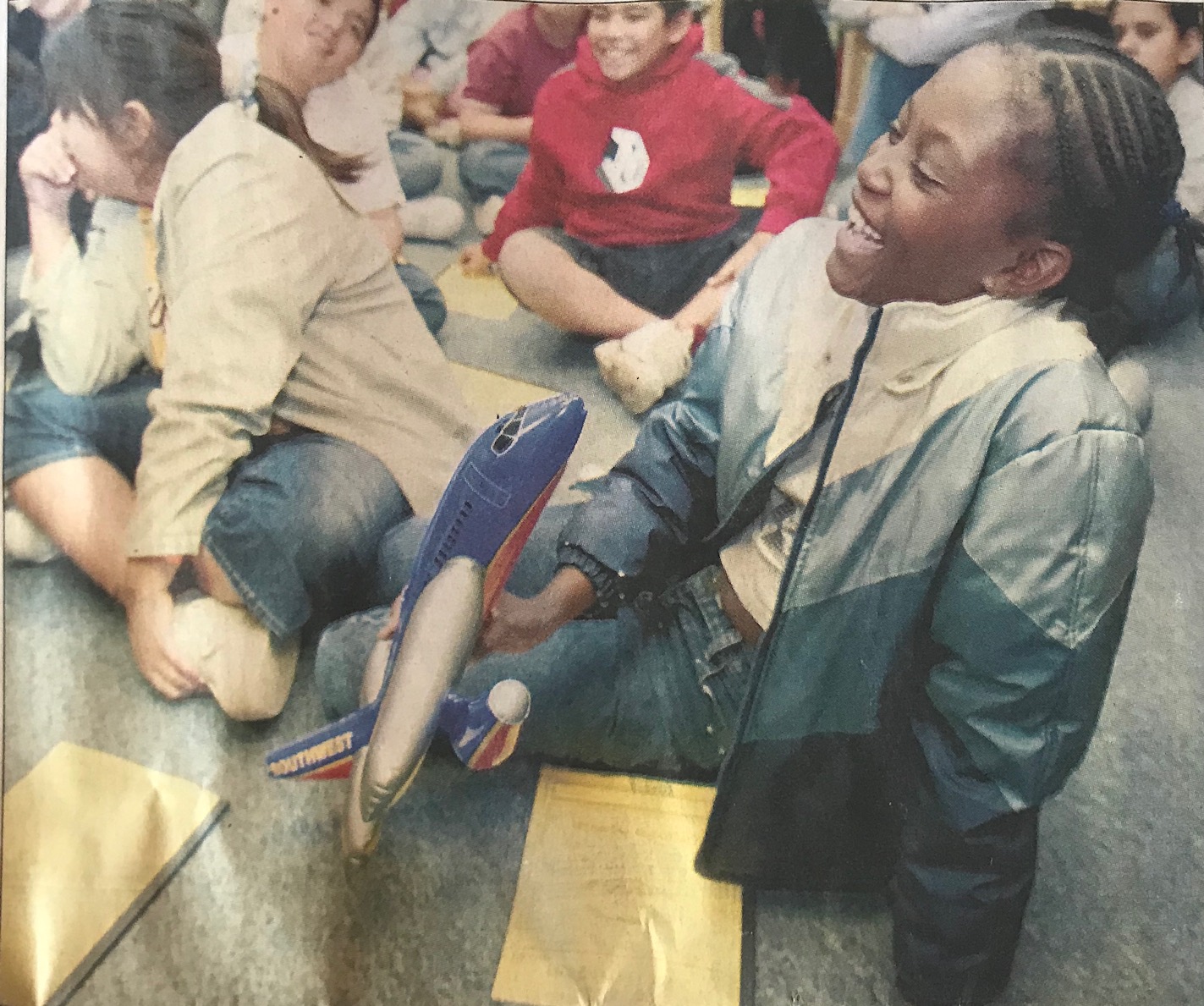 She wants her dreams to take off. Nahkeya Talton, a Thew Elementary School fifth-grader, has fun attending Southwest Airlines' "Adopt-A-Pilot" program this week.

About 85 percent of Thew Elementary fifth graders qualify for a free lunch or reduced lunches. Few of their parents have a college degree. Many of them come from single parent homes.

It’s not exactly the formula for success, but students will be soaring for their goals the next three weeks.

Four Southwest Airlines pilots have volunteered in their company’s nation wide “Adopt-A-Pilot” program aimed at motivating students to stay in school and piquing their interest in aviation by incorporating math, science, history and creative writing into everyday classroom lessons.

Captain Frank C. Schmuck said it’s the first time a Tempe elementary has participated in the four-week program geared toward fifth graders. About 700 fifth grade classes from small towns in Missouri to big cities like Chicago are part of the “Adopt-A-Pilot” program.

Anel Mendez, one of three fifth grade teachers at Thew Elementary said the program has her students excited to learn.

This week, Schmuck and Capt. Don Merritt gave a 30-minute presentation to the 81 fifth graders in the Thew Elementary Library. The students sat on course blue carpet surrounded by children’s books, stuffed animals and alphabet posters as the men talked how they became pilots and the importance of staying in school…

There is no cost for schools to participate in the program. Southwest provides all of the program materials and pilots volunteer their time.

Thew Elementary school Principal Cindy Denton found out about “Adopt-A-Pilot” through Schmuck at a local Kiwanis club meeting. “Basically we want them to achieve their dreams,” said Schmuck, a former military man who has been a Southwest Pilot for 11 years.

The students were full of questions about aviation - and the free trip.

"Have you ever seen a UFO"  (Yes, Just not one with Martians, Merritt said.)

"Is it safe to fly after Sept 11?" (Schmuck said flying has been safer since the terrorist attacks and added that riding in a car was more dangerous.)

When the captains asked how many students had been on a plane, more than half of the students raised their hands, but few said they were interested in becoming pilots.

"I always wanted to be (a cartoonist), always will be," said M.J. who wants to go to Egypt if his class wins the top prize.

Mariaha Ontiveros, 10, used to dream about working with animals but is thinking of becoming a kindergarten teacher.  She wants to go to Disneyland for "like the tenth time."

Chandler Mueller, 10, is interested in a job with the military because his stepfather was in the Gulf War and Panama, he said.

When the program began in 1997, Southwest wanted to reach the neediest public schools, but the success of the program has led to the inclusion of private schools, said Linda Hochster, a Southwest Airlines spokeswoman. She said the program was a way for the discount airline company's employees to connect with the communities they live and work in.

Both captains said keeping the students focused on completing school and reaching their dreams was more than enough motivation to volunteer their time.

A graduation is scheduled for Feb 22. The pilots and program coordinators hope to bring students to a Southwest hanger at Sky Harbor International Airport for the celebration and to show the students around a real airplane.

"We hope to bring your school to life," Merritt said.  "You're going to apply what you're learning to a real job."

Fifth-grade students in Arizona can adopt their own Southwest Airlines pilot for a four-week educational and mentoring program. Southwest, the Dallas-based airline, with hub operations in Phoenix has created a partnership with schools that allows students to take an online virtual tour of a Boeing 737 cockpit, map the cities and weather where their mentors fly, and communicate with pilot via email.

This year, the free educational program also is offered to schools in Spanish with the translated curriculum and bilingual pilots. “The kids are encouraged to stay in school get an education and live their dreams,” said Linda Hochster, program leader and spokeswoman for Southwest.

Since it’s inception in 1997 the Adopt A Pilot program has touched more than 65,000 students in more than 400 schools in Southwest Airlines destination cities across the country. About 450 pilots participate in the program.

About 25 Arizona schools participate, she said.

Southwest Airlines developed the program along with US Department of Education and the Smithsonian Institute National Air and Space Museum. 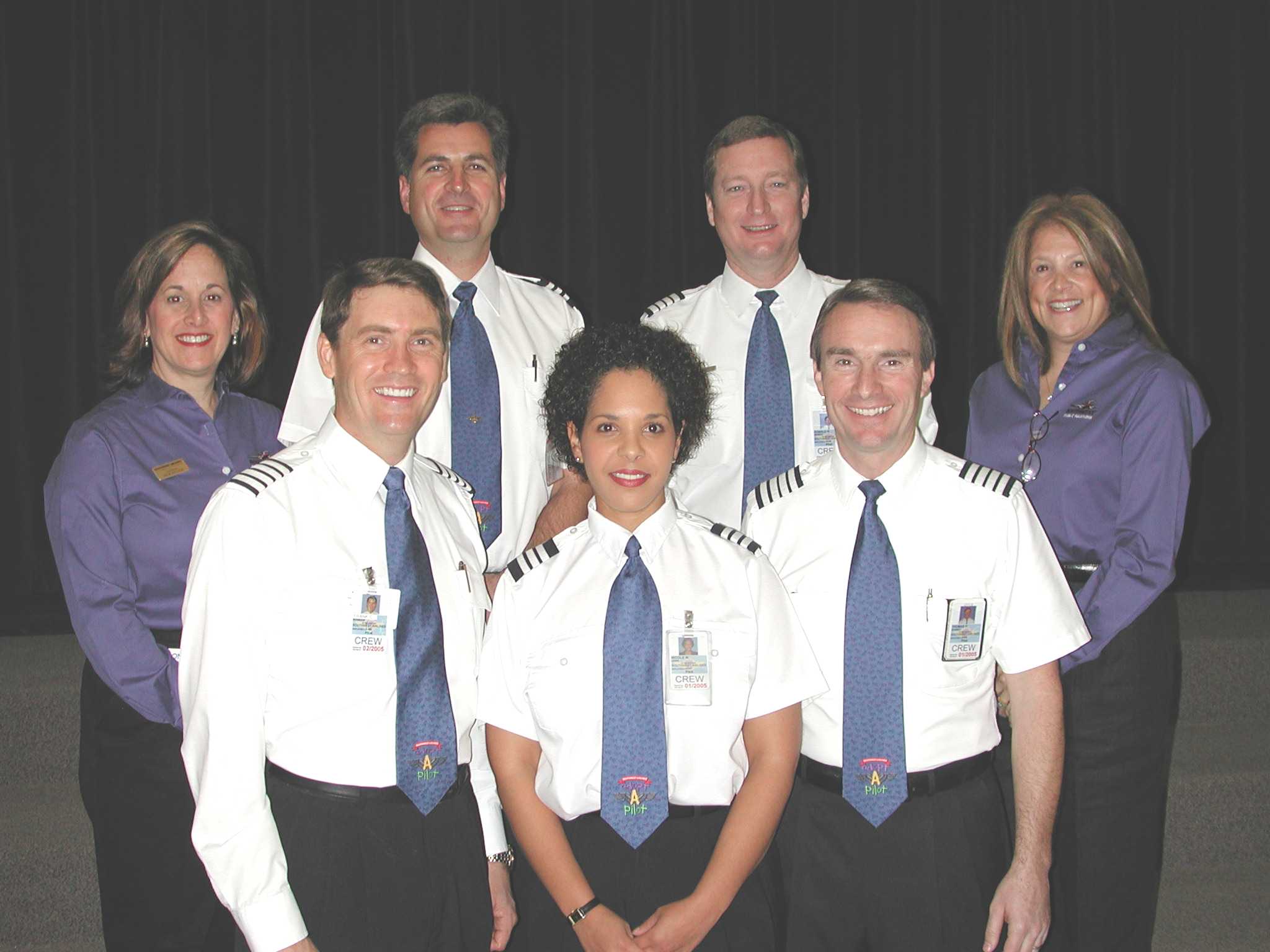 Schmuck said because safety is a priority with pilots that is the message he takes to the students.

“I tell them that if you always act with safety first in mind you will always do right.”

He added that his motivation for volunteering is learning from the students.

“The neat thing is that we get to interact with the kids it’s a chance to be a role model and inspire them.”