Why did he drive that night? Frank Schmuck isn’t sure but when he thinks back, he suspects divine intervention. He really needed to deliver a letter to Luis Gonzalez. Immediately. It was a crazy idea driving to the home of the Diamondbacks player he had never met, but he felt a pull.

Boy’s letter was destined for Gonzo

Why did he drive that night? Frank Schmuck isn’t sure but when he thinks back, he suspects divine intervention.

He really needed to deliver a letter to Luis Gonzalez. Immediately. It was a crazy idea driving to the home of the Diamondbacks player he had never met, but he felt a pull. At 9:15 p.m. on January 20, [2006] he left his Tempe home and climbed into his car. 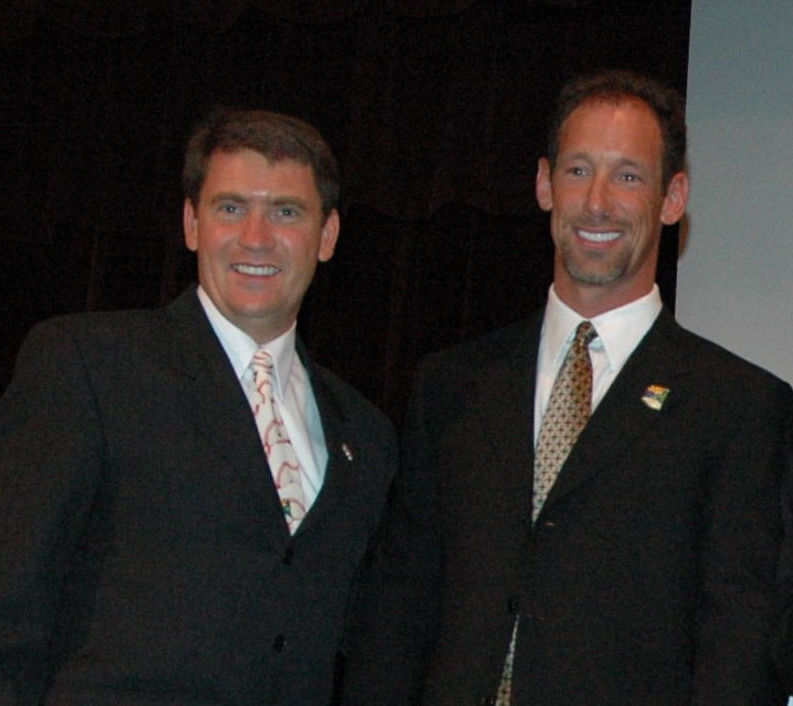 His mind raced surely Gonzalez lived in a gated community. How would he enter? Once he arrived what would he say? Hi, my name is Frank and you don’t know me, but there’s this Dying kid you have to meet?

He thought about the letter in his hand. It was from Cody Wagner, 13, who had mailed it to the Diamondbacks but never heard back. Wagner wrote of his best friend, Nick Daniels, and how “we have always been there for each other.” He also wrote that Nick once joked that “he’d trade his dad for Gonzo to be his dad.”

A, oh yeah, Nick had cancer. He was diagnosed with acute T-cell lymphoblastic leukemia at age 4 and for three years waged a fierce battle against the aggressive disease. Nick endured, and for the next five years the Chandler resident referred to himself as cancer free.

In the letter, Cody said that he was on vacation in August 2005 when he called Nick. His mom, Liz, answered and said Nick went to the hospital because his glands were swollen. When his doctors ran tests, they learned the leukemia had returned.

In January, with Nick,13, still hospitalized and undergoing chemotherapy Cody wrote the letter and ended it with “I know how much she misses playing sports and Gonzo is his favorite…if Gonzo could get by to see him that would be great!”

The letter never found its way to Gonzales but It did find its way to Schmuck, a Gulf War veteran and Southwest Airlines pilot who helps organize charity roasts for local celebrities. A friend of a friend knew Nick‘s family and another friend had Gonzalez‘s address.

So he drove. His experiences with war had offered a fresh perspective of life and death and Nick’s story tugged at Schmuck. When he arrived in Gonzales‘s neighborhood he saw that the gate had been left open accidentally. Wow, he thought there’s a sign.

He pulled up to the house, the garage light was on. A car sat in the driveway.

He took Cody‘s letter plus a note of his own and placed them under the car‘s windshield wiper he tapped on the garage door and drove off.

Thirty minutes later the phone rang in a room at the Phoenix Children’s Hospital. It was someone calling on behalf of Gonzalez. He’d like to come by now Nick‘s parents were told.

“Thank you,” Liz said, “but Nick is in a comatose state and we don’t want to waste Luis‘s time.”

Again the person called and again was told thanks but he’s really not lucid.

The phone rang again. It was Gonzales. I don’t know why, he said, but I really feel the need to come. Can I? Of course they said and 30 minutes later he arrived causing a stir as he walked through the emergency room entrance.

They spoke about Nick. They laughed about the Jessica Simpson posters Nick requested be displayed in his hospital room. Gonzalez spoke to Nick but he showed no signs of waking up. Gonzalez left them signed memorabilia and said “I don’t care when he wakes up, but when he does, call me immediately.”

He left his home and cell phone numbers.

Shortly after the player left, Liz noticed Nick was drenched in sweat so she changed his shirt and pillow case. As she did, Nick’s eyes opened.

He did and his parents told him about Gonzalez.

They showed him the memorabilia. Nick was floored. They called Gonzalez, who returned immediately.

They talked. Laughed. Nick razzed him about the team’s recent struggles and Gonzales teased him about Simpson. He told Nick that when he was healthier, he’d like to show him Brandon Webb‘s Kentucky farm and go horseback riding, how he’d love to have him visit his Diamondback’s suite.

When Nick worried that his friend wouldn’t believe him, Gonzalez grab Nick’s cell phone and programmed his own number into it.

“That was truly the last time my son appeared to be himself,” Rusty Daniels said Monday. That was just way above and beyond what he had to do. What a phenomenal guy. I think the team is making a big mistake letting him go.”

Think of this today, his last game with the Diamondbacks and not just the World Series bloop single, or the 57 homeruns in 2001. It’s a story that never would’ve been told if those who witnessed it didn’t come forward.

It is typical of what Gonzales has meant to this community off the field. It’s why he won the Branch Rickey award last year for his contributions to community service. Since joining the Diamondbacks he has raised more than $1 million for various Arizona charities and is contributed more than 1,000 volunteer hours.

“Sometimes I call him and say, “Let’s grab lunch, and he’ll say ‘I can’t I’m going to visit the Peoria policeman who got shot,’ or ‘Christine and I are going to a soup kitchen,’” said his agent Terry Bross. “I’ve worked with a lot of athletes in 20 years and I don’t expect all ever had the privilege of working with someone so selfless again. It’s a tremendous loss for the city.”

Most Valley residents know someone who has a positive off the field story about Gonzalez.

This is just one of them. 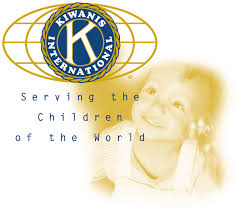 How can KCOT be so lucky, so blessed? It’s like Steve Nash joining ones regular Friday morning pick up basketball games and say he’ll be back.

Southwest Airlines pilot from Tempe recently reorganized his flight schedule and it didn’t jibe with Tuesday at noon and Nuevo’s meetings. But Thursday at noon and KCOT meetings did. It was tough to leave his Kiwanis club. Doubly difficult as he was well into his term as it’s President. Some business folks would just drop out of service club work altogether. Not Frank.

It’s not often that such a well-established, mature community leader just falls into a service club’s lap. May we be worthy of his complement of transferring is Kiwanis membership to KCOT. Fasten your seat belts.

Frank, who turned 40 on March 14 has been a pilot since February 1994 with Southwest Airlines. He operates Boeing 737‘s with the crew of five and up to 137 passengers per flight throughout the United States and more than 60 cities nationwide. Last year, Frank flew more than 600 hours and transported about 40,000 passengers. From 1988 to 1993, he served the United States Air Force. He was awarded the Air Force's Air Medal for Combat Support Service during the Persian Gulf War of 1991. He is Arizona’s youngest living inductee into the Veterans Hall of Fame.

Born in 1966 in York, Pennsylvania Frank graduated in 1988 with a BS degree in engineering from United States Academy in Colorado Springs, Colorado. He graduated with military honors and a minor in French In 2001 he was selected to begin work in international management studies at Thunderbird -- the American Graduate School of International Management. He took a sabbatical after 9/11 because of uncertainties in the transportation industry. He has lived in Pennsylvania, Colorado, Oklahoma and California. The Schmuck’s moved here from San Bernardino, California in June 1993 after being stationed there in the Air Force. Frank’s community involvement are considerable he’s chairman of Voices Take Flight a 501(c)(3) all-volunteer organization promoting and recognizing service and heightening awareness of neurological diseases; until recently the president of the Kiwanis Neuvo club; founder of the Schmuck Fest Celebrity Comedy Roasts; secretary of the Maricopa County Veterans Medical Leadership Council (Valley business leaders who are war veterans assisting the VA/AZ Arizona State Veterans Home and the fourth largest Veterans Day parade in the nation.) Southwest Airlines Adopt-A-Pilot mentor to school children; he has served on US Senatorial and a Congressional Service Academy Selection Board; he is fluent in French and conversationally fluent in German; life member of Tempe Sister Cities, Military Order of the World Wars and the Veterans of Foreign Wars; member of the American Legion and Dollars for Scholars.

Frank has met too many famous people to name just one and his “living hero” is “those who give themselves selflessly.”