Frank Schmuck has spent his career serving our country and helping others because he cares. As an education advocate, a community leader and a veteran, Frank is uniquely qualified to serve as the next State Senator in Legislative District 18. 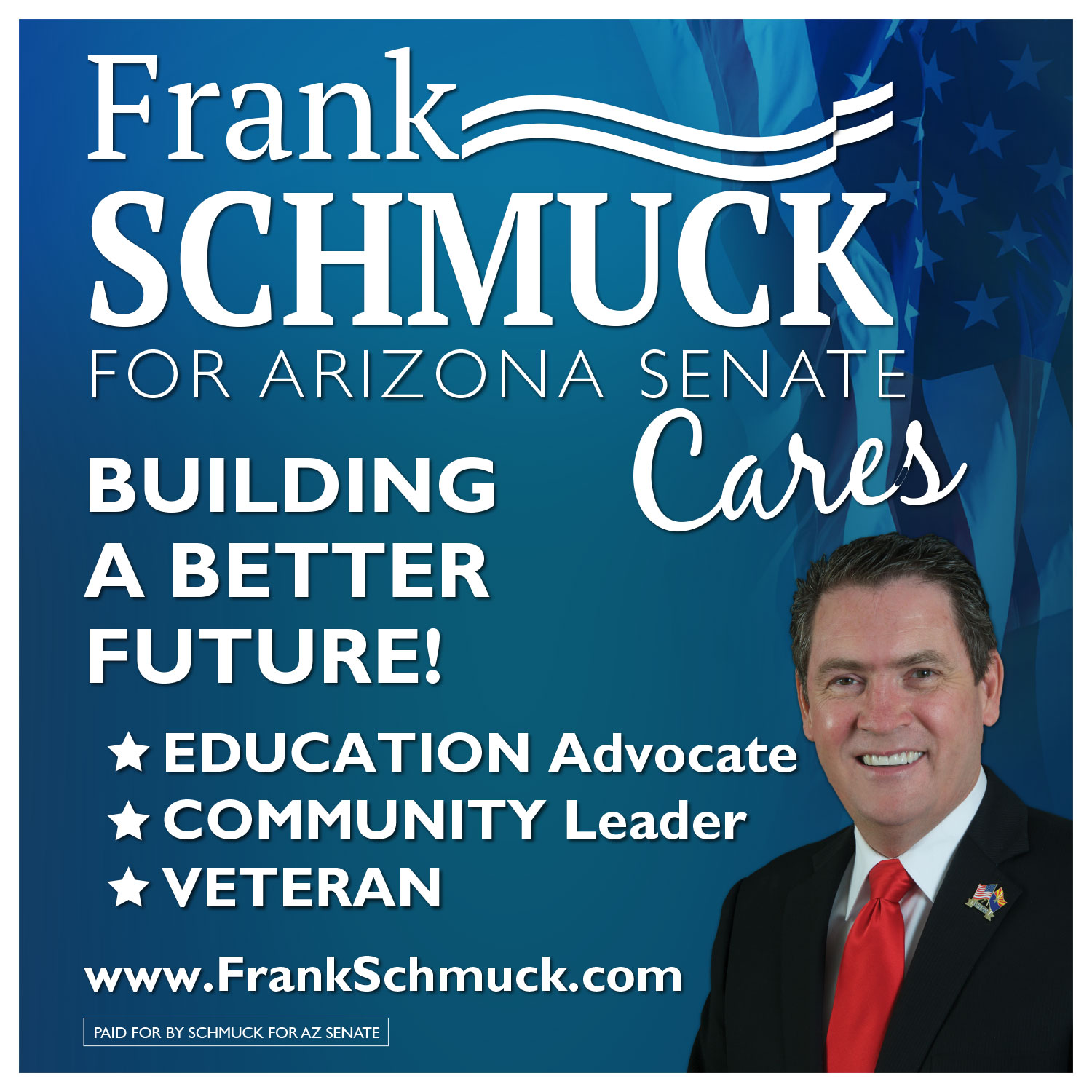 Frank Schmuck cares deeply about Arizona’s future. That’s why he’s running for State Senate. As our next State Senator, Frank will work for common sense policies to improve Arizona’s education. He will lead the effort to strengthen Arizona’s economy and bring more jobs to our state. Most importantly, Frank will always put your safety first, and vote for policies that improve Arizona’s future while ensuring our state remains a great place to live and raise a family.

Frank is a military honors graduate of the Air Force Academy, a veteran, and a Captain for Southwest Airlines.  Bilingual since childhood and the son of an immigrant Frank watched as his mother became an American citizen in our bicentennial year.  Frank settled in Arizona after serving our country as a pilot in Operation Desert Storm. Frank and his family are active members of St. Andrew the Apostle Church in Chandler. They live in Tempe.

With deeps roots in our district Frank has an extensive record of charitable and civic involvement in our community. He has both the life experience and the real world understanding of the issues facing our district and our state. He hasn’t spent a significant portion of his career in politics, rather Frank has spent his career serving our country and helping others because he cares. As an Education advocate, a Community leader and a veteran, Frank is uniquely qualified to serve as the next State Senator in Legislative District 18 representing Ahwatukee, west Chandler, southwest Mesa and South Tempe.

Frank SCHMUCK is an EDUCATION Advocate

In 2005 Frank founded a Dollars for Scholars® chapter, which continues to provide scholarships, enabling public school graduates to continue their education at a college or trade school of their choice. In 2002 and 2003 Frank brought the Southwe...

Frank SCHMUCK is a COMMUNITY Leader

Frank Schmuck is a past President and a Hixson Fellow of Kiwanis Nuevo – a community service organization whose mission is “Serving the Children of the World.”

Frank SCHMUCK is a VETERAN

Frank was awarded US Air Force’s Air Medal for "outstanding efforts during DESERT STORM," which included flying much needed supplies to Israel under scud attack and rescuing wounded from the battlefield. Frank helped secure benefits and care for...

"He flew valiantly for his country during the Persian Gulf War and now Captain Frank Schmuck is streaking full-throttle across the sky - literally - in his quest to make higher education more affordable for young people."

Because of Frank Schmuck’s work at the grass-roots level to make a difference for his community, the entire state of Arizona soon saw the application of rubberized asphalt in many other, noise-sensitive locations. Sure many now claim the use of rubberized asphalt was a fait accompli. Well, they weren’t there. I was. Frank Schmuck made the difference.

"If you are looking for the best candidate to represent Veterans and address community issues your choice is simple. It’s Frank Schmuck for Arizona Senate." Major Frederick E. Ferguson, USA Retired, Medal of Honor Recipient

Why did he drive that night? Frank Schmuck isn’t sure but when he thinks back, he suspects divine intervention. He really needed to deliver a letter to Luis Gonzalez. Immediately. It was a crazy idea driving to the home of the Diamondbacks player he had never met, but he felt a pull.