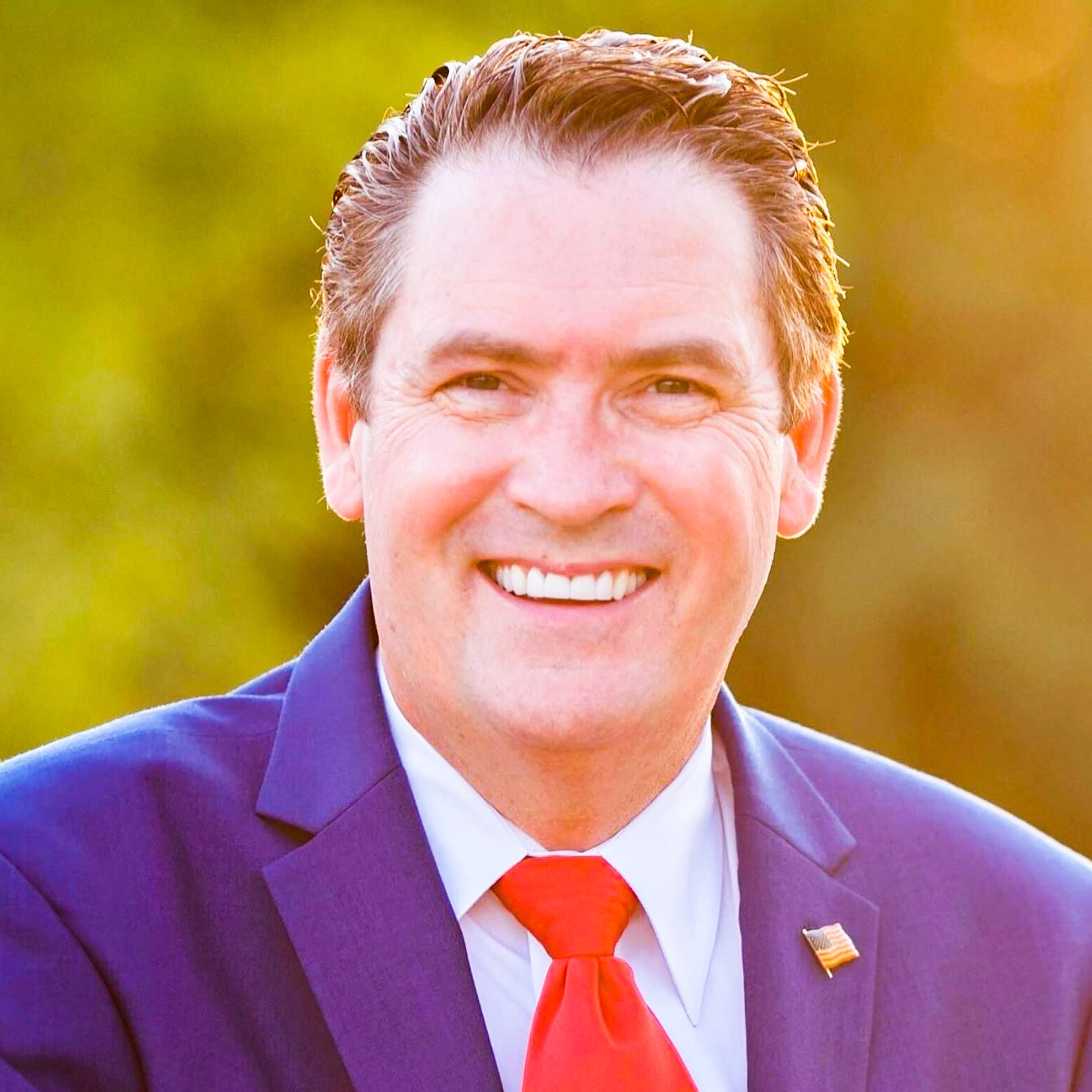 Frank Schmuck and his family reside in Tempe. Connie and Frank have two daughters -- both scholar athletes. Nicole is a college student in Arizona and Teagan a high school student in Tempe. Frank is bilingual in French and English and the son of an immigrant who, at ten years of age, watched his mother become a U.S. citizen in our bicentennial year.

Frank Schmuck is a military honors graduate of the U.S. Air Force Academy, and a decorated veteran for his “Outstanding efforts during Desert Storm” delivering supplies under attack to Israel and airlifting wounded from the battlefield.

After the horrific attacks on 9-11-2001 Captain Frank Schmuck volunteered and became one of the nation’s first federally deputized airline pilots under a newly formed program enhancing passenger safety. With 15 years of law enforcement training and service, as part of the U.S. Department of Homeland Security’s special program, Frank knows and understands the importance of safety and service to others.

Known for his principled leadership style and ability to work with others in teams, Frank Schmuck has served with and led thousands of crew members over the years while managing budgets of several millions and personally protecting the lives of more than 50,000 customers a year.

Frank Schmuck has deep roots in Maricopa County and has an extensive record of community involvement. In the last twenty years Frank has founded and led three different 501(c)(3), tax-exempt not-for-profit organizations supporting educational scholarships for Arizona’s youth, national healthcare advocacy, and helping veterans with their transition back into society.

Because of Frank’s work, over three hundred students have or are attending college. His advocacy for patients with Lou Gehrig’s disease earned him a National Rasmussen Award from the ALS Association. As President and later Foundation Chair of the Arizona Veterans’ Hall of Fame Society he helped direct the involvement and continued growth of Veterans’ Court across Maricopa County and the State of Arizona.

“You can judge the character of the a man by what he does for those who can do nothing for him” was written by Ross Perot on a plaque given to Frank Schmuck for his work in securing benefits for Veterans diagnosed with Lou Gehrig’s Disease and their families.

Frank was appointed by and served twenty years for U.S. Senators John McCain and Jon Kyl, interviewing and nominating deserving young men and women from Arizona to our nation’s U.S. Service Academies.

In 2018 Frank Schmuck was the second highest fundraiser among more than 300 legislative candidates in the State of Arizona raising hundreds of thousands of dollars for a state senate race. Frank also ran for and defeated an incumbent Arizona State Senator in the 2016 primary election in his legislative district.

Frank Schmuck finds his passion and purpose in serving his community and others first, as is the case in him being largely credited for introducing rubberized asphalt to freeways in Arizona. Now that he is in a position to retire from Southwest Airlines Frank is committed to serving for the public good. His proven track record developing and implementing efficient and sustainable management policies have greatly benefited the communities and lives of the people being served.

For all of his contributions outside and after his military service, Frank Schmuck was inducted by The Honorable Jan Brewer to the Arizona Veteran’s Hall of Fame and for several years held the title of youngest living inductee.

Frank Schmuck has the experience and heart to build a better future for Arizona and our community.  His professional and personal past and present memberships include: