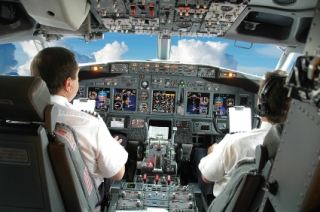 A Type Rated Airline Transport Pilot (commonly called an "ATP") is a pilot tested to the highest level of piloting ability in a specific commercial airplane. It is the PhD of flying.  The Type Rated ATP certificate is a prerequisite for an individual to act as a pilot-in-command or a flight crew-member of an aircraft in most all scheduled airline operations. Type Rated Airline Transport Pilots are regulated by the Federal Aviation Administration (FAA), a branch of the U.S. Department of Transportation (USDOT). In addition to their leadership, flight training, and flying licensing these pilots are also required to maintain a special license every six months determining they are medically fit for duty.